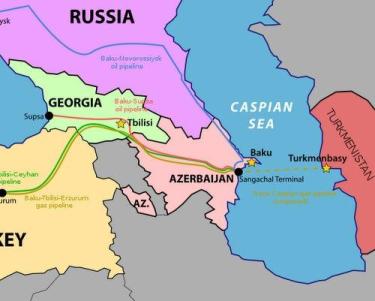 Azerbaijan, Turkmenistan and the EU are preparing two documents that will allow them to take delivery of the Caspian and in particular Turkmen gas to Europe, Azerbaijani Industry and Energy Minister Natiq Aliyev said at a meeting with members of the Caspian-European Integration Business Club (CEIBC) on Wednesday.

He said Azerbaijan, Turkmenistan and the European Union are preparing a political document to support the Southern Gas Corridor, as well as an inter-governmental agreement on Trans-Caspian gas pipeline. This should take place before the end of the year.

In September, 2011 the EU Council gave a mandate for negotiations between the EU, Azerbaijan and Turkmenistan to build the Trans-Caspian gas pipeline.

During negotiations with Azerbaijan and Turkmenistan, the EU will discuss agreements outlining the legal obligations of the parties necessary for Turkmenistan and Azerbaijan for the construction and operation of the Trans-Caspian pipeline. Also on the agenda will be the legal framework to be applied to the issue of filling the gas pipeline from Turkmenistan including the recognition of commercial agreements.