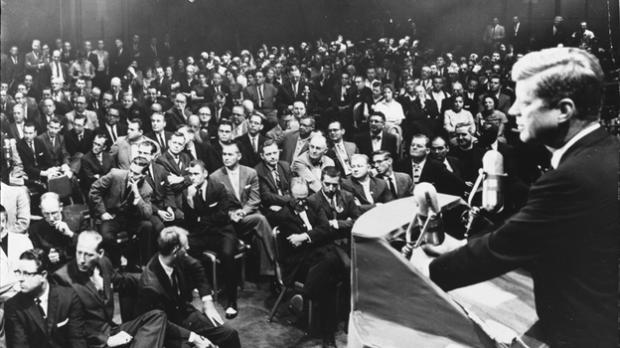 When GOP presidential candidate Rick Santorum was growing up, he says, John F. Kennedy was a hero in his Catholic home.

In a speech last year, he said he had always heard glowing reports of Kennedy's speech about religion to Protestant ministers in 1960.

"And then very late in my political career, I had the opportunity to read the speech and I almost threw up," Santorum told a group of college students last year. "You should read the speech. In my opinion, it was the beginning of the secular movement of politicians to separate their faith from the public square."
Santorum said Tuesday that he regrets his graphic language. But he insists Kennedy's view was wrong, particularly the opening, when Kennedy said, "I believe in an America where the separation of church and state is absolute, where no Catholic prelate would tell the president, should he be Catholic, how to act, and no Protestant minister would tell his parishioners for whom to vote."