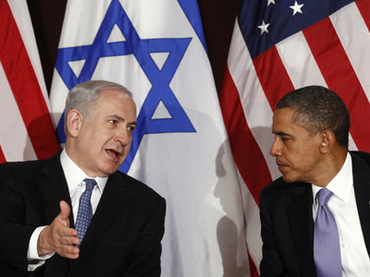 Only one fifth of Israelis support a unilateral strike on Iran without the backing of the US. However, the vast majority of Israelis are against such an audacious move, saying they will “have to live with consequences,” a poll says.

Only 19 per cent of Israelis would support a unilateral military strike on Iranian nuclear facilities without American backing, according to a poll conducted by University of Maryland professor, Shibley Telhami. The poll, involving 500 Israelis, showed that 42 per cent would be in favor of a strike, but only if it was supported by Israel’s ally, America.

Over one third of respondents, 32 per cent, said that they opposed such an attack in principle, regardless of the United States’ stance.

The survey, conducted on February 22-26, also showed that 38 per cent of Israelis believe that even if Israel were to strike Iran unilaterally, the US would still support the move diplomatically. Another 27 per cent are sure America would join in the offensive militarily even if the attack was carried out without its backing.

In conclusion, Shibley Telhami said that the Israeli public is far from being “enthusiastic about the prospect of war with Iran.”

“They have to live with the consequences of war, and they appear to take the American assessment of these consequences seriously,” the researcher said.

Throw Down The Gauntlet And Stand Firm, America, Or Die As Cowardly Slaves -

The People Are Unaware of the War Being Conducted Against Them

Why Won't the US Medical Establishment "Believe Women"?

We Can't Sit This Out: We're Dealing With a 'Criminal Conspiracy' To Usher in Global

How The Left Destroyed Election Integrity

SELCO: "A lot of things that "can never happen there" are happening there"

The Greatest Failure in the History of Public Health: The Case for the Prosecution