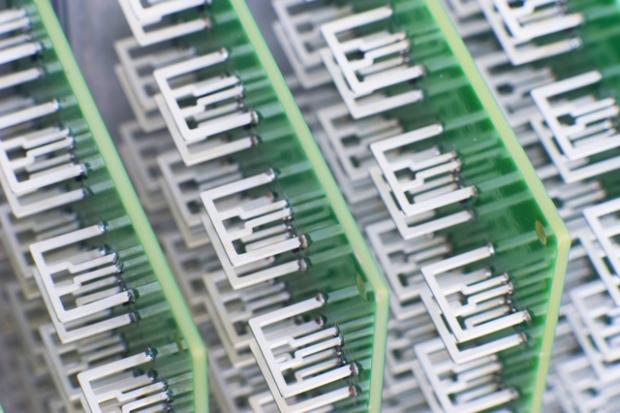 Fox Television, PBS and Univision Television and others Thursday asked a federal judge to halt an impending subscription service that enables the streaming of broadcast television to any internet-enabled device.

The suit targets Aereo, a $12 monthly subscription service set to debut in New York on March 14. The suit claims that the upstart, backed by media mogul Barry Diller, has failed to acquire licenses from the networks.

Aereo is to deliver broadcasts from NBC, ABC, CBS, PBS, Fox and others — broadcasts it acquires over the air with multiple tiny antennas placed at its New York headquarters.

Think of it as turning your tablet, smartphone or PC into a television set.

What’s more, each customer is hooked to a personal antenna housed at Aereo’s headquarters, a service the broadcasters called “technological gimmickry.”

“Aereo has not licensed this television programming from those who own it. Nor has it sought or received consent from the television signal owners,” the New York federal lawsuit said.

It’s hard not to liken the legality of the service to Zediva.

When I stopped laughing I thought how freaking clever.  Is there some law that says my receiving antenna has to be at my house or in my pocket?  Do the lawyers simply blow the dust off of the original lawsuit that tried to prevent push buttons on car radios because it allowed people to too easily switch stations?  And anyway, is there any over the air broadcast I really care to receive any longer?

Netflix CEO predicts linear TV downfall within the next decade

These Anarchists Wanted Paradise. They Ended Up in Hell.

New CNN CEO Says There Will Be NO MORE Partisanship On The Channel...

Is X-FILES relevant now... Did X-FILES predict the future?

Why The Prime Directive is Evil

'Man what is wrong with white people':