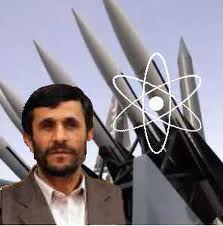 Over the last few years the United States has been obsessed with preventing Iran from developing its own nuclear weapon. This obsession has been made even more curious by the fact that American politicians appear to be at odds with their own intelligence services on the issue.

President Obama said in his State of the Union address, “America is determined to prevent Iran from getting a nuclear weapon, and I will take no options off the table to achieve that goal.”

Secretary of State Hillary Clinton hasn’t been any more diplomatic than her boss, saying, “It is the policy of this administration that Iran cannot be permitted to have a nuclear weapon and no option has ever been taken off the table.”
For three of the four remaining Republican presidential candidates, the Iranian nuke issue has become a contest to see which one of them can scare the American people the most. Mitt Romney has said, “a nuclear-armed Iran is not only a threat to Israel; it is a threat to the entire world.” Newt Gingrich repeatedly reminds voters of the horrors of an Iranian bomb and warns of an impending Iranian nuclear strike on the United States. Rick Santorum said while campaigning in Missouri, “Once they [Iranians] have a nuclear weapon, let me assure you, you will not be safe, even here in Missouri.

1 Comments in Response to Iran: Scapegoat for a Bankrupt Empire