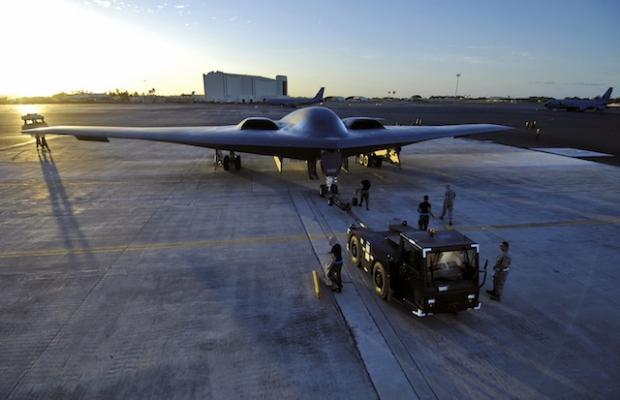 If the U.S. ever bombs Iran’s nuclear facilities, it’ll be Gen. Norton Schwartz’s planes and pilots that pull off the attack. So the Air Force chief of staff wants someone to explain what the hell the military objective of bombing Iran will actually be.

“Everything we have to do has to have an objective,” Schwartz told reporters at a breakfast meeting Wednesday. “What is the objective? Is it to eliminate [Iran's nuclear program]? Is it to delay? Is it to complicate? What is the national security objective?”

“There’s a tendency for all of us to go tactical too quickly, and worry about weaponeering and things of that nature,” Schwartz continued. “Iran bears watching” is about as far as the top Air Force officer was willing to go.

It also sounded like Schwartz had thought carefully about what a bombing campaign aimed at suspected Iranian nuclear facilities would actually look like. “Our obligation is to provide the President and the civilian leadership options,” Schwartz said. “We have done that. And there are others in the government who have provided non-military options — financial, diplomatic, informational and so on.”

“I am comfortable that [Gen.] Jim Mattis” — the commander of U.S. troops in the Middle East and South Asia — “is satisfied that we have been as forthcoming and imaginative as possible, from our perch,” Schwartz said.

4 Comments in Response to Air Force Chief: What Would Bombing Iran Do, Exactly?

What would bombing Iran do? It would serve as a perfect example to anyone over here what the military will do to us if we don't knuckle under and become their slaves.

I like you Anonymous75 if not for the fact that you are anonymous. Hawkish politicians want to bomb Iran and make a scapegoat out of Ahmadinejad who did not mean to wipe Israel off the map. Ask Ron Paul, they are close buddies.

No, Panot ... that means liberation of the "scapegoat" from the bar of world opinion.

If you bomb Iran, that's bombing the crap out of terrorist coddlers in the government -- crappy politicians lke Obama and Ron Paul. Since the country is under their beck and call, that would be LIBERATION -- don't you think?