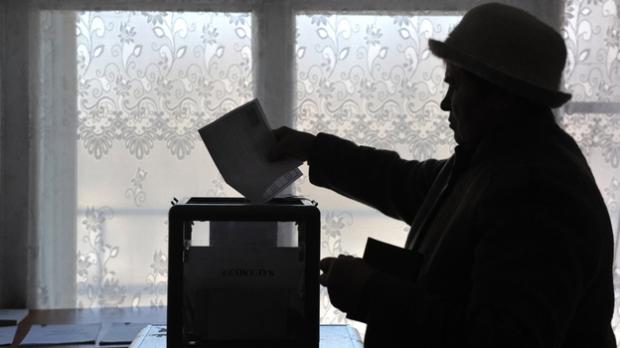 Just three months ago, Russia's parliamentary elections prompted widespread allegations of fraud and drove thousands of protesters into the streets in the days afterward.

The Russian government and government critics both say they are trying to prevent a similar outcome in Sunday's presidential poll.

Valdimir Putin, who has been either the president or the prime minister for the past 12 years, is widely expected to win another six-year term as president. But the credibility of Russian elections is also at stake.

The government says it has installed webcams in all of the country's more than 90,000 polling places so the key parts of the voting process can be monitored live and recorded for later review.

"It's all transparent," says Nikolai Konkin, secretary of the Central Electoral Commission. He says two cameras will keep the process in view from the time voters enter the polling place until the final count is reported at the end of the day.

But his demonstration is a video that was made under optimal conditions at a model polling place.