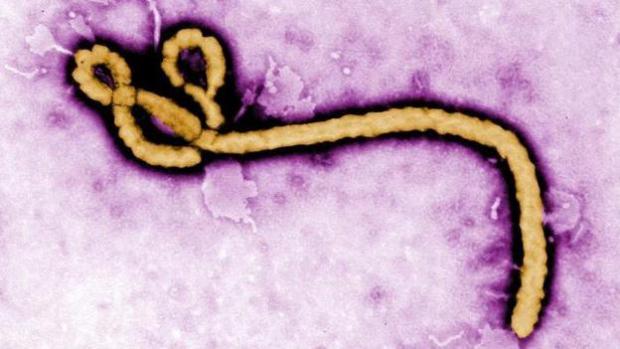 Ebola is one virus you never want to catch. Ever.

After some aches and a fever, many infected people develop uncontrolled bleeding. The mortality rates from Ebola infection can run as high as 90 percent.

There's no cure for Ebola. But a group of scientists is exploring whether some drugs already approved to treat cancer might help tame the virus.

Sounds wild. But there's a reason — and now some evidence — to think it might work.

To reproduce, the Ebola virus needs the help of cells it invades. And a couple of cancer drugs tweak a human protein that new copies of the virus use to leave their host cells so they can infect others.

The tested drugs — Gleevec and Tasigna, both sold by Novartis — are called tyrosine kinase inhibitors. Tyrosine kinases are enzymes that put a phosphate group on a particular amino acid. Amino acids, as you might remember from high school biology, are the building blocks of proteins.

When a phosphate group gets attached to the right tyrosine block on the right protein, it changes the shape and function of the protein. And that might change everything when it comes to Ebola.