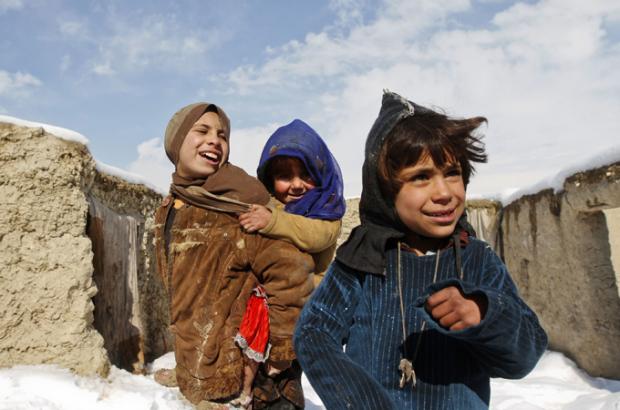 Every day 400 Afghans become internally displaced, according to Amnesty International. At that rate, more than 2,500 Afghans were left homeless in the week of violent protests that swept the country recently over the burning of copies of the Quran at the US-led Bagram airbase.

"It was incredible to see how people young and old could survive such poverty, destruction and filth" said Fatima Popal, an aid worker with the Kabul-based Aschiana Foundation, after visiting some of the camps during Afghanistan's harsh winter that has already claimed 40 lives this year.

Among the hapless crowds, Popal saw children without shoes, socks or jackets walking to tattered and worn tents that provided little or no protection against the biting cold.

But yet, the squalid camps are seen as the last refuge by Afghans fleeing violence back home, amid an unremitting conflict in which the principal actors are the Taliban and NATO-led troops.