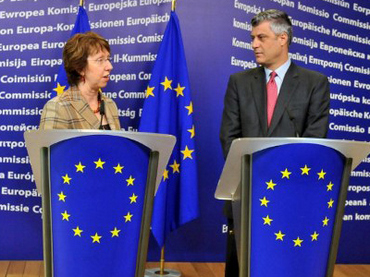 After three years of tough talks and painful concessions from Belgrade, Brussels has finally granted Serbia formal EU candidate status. While the first major step towards full membership has been taken, years of negotiations still lie ahead.

­Herman Van Rompuy, who secured a second term as European Council President during the summit, praised the decision to grant Serbia candidate status.

“This is a remarkable achievement, a result of the efforts demonstrated by both sides in the dialogue between Belgrade and Pristina,” he said.

The decision to clear the way for Serbia’s accession to the EU came as a surprise on the first day of the Brussels summit, which has the top priority issue of saving the EU from the financial crisis that is wracking the eurozone.

Under current conditions, a large part of the Serbian population has understandable concerns about the wisdom of joining the Union at a time of unprecedented economic disaster.