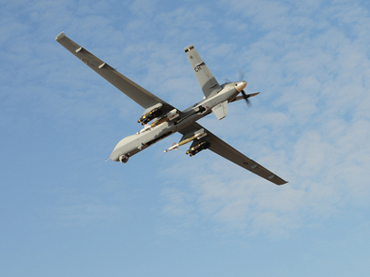 It has been quite an expensive week for the US Air Force. Not only did Congress halt funding on a surveillance blimp project that they already invested $140 million in, but now the Pentagon says $3 billion worth of drones could be canned as well.

The United States military has already ordered a dozen unmanned surveillance drones at a combined cost of $3 billion, but realizing that the stealth, high-tech spy crafts aren’t as capable as the antiquated, old-school planes already in their arsenal, the Pentagon is pulling the plug in terms of acquiring any more.

In addition to ending the acquisition of Global Hawk Block 30 drones that the military had planned for, the Air Force will take the 18 they’ve already received, leaving them to hang around the hangar for now.

Air Force Gen. Norton Schwartz and Air Force Secretary Michael Donley told a Senate committee this week that between acquiring any more drones and maintaining upgrades and repairs on those and the ones already purchased, the military would practically go bankrupt. Gen. Schwartz says that the new plan will save the Pentagon $2.5 billion, but will also lead the Defense Department to let the $3 billion worth of surveillance drones already under their command to just collect dust from now on.