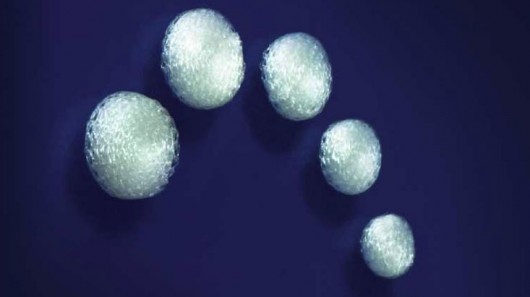 Joint implants should always be made of materials like titanium, so they can last the lifetime of the patient ... right? Well, not according to researchers at Finland's Tampere University of Technology. They've developed a product known as RegJoint, which is reportedly the world's first biodegradable joint implant. Unlike permanent implants, it allows the patient's bone ends to remain intact, and it creates a new joint out of their own tissue.

In arthritic joints, the cartilage that protects the connecting ends of the bones has become compromised. This allows the bones themselves to grate against one another, causing pain and reducing the joint's range of movement. A traditional permanent implant replaces the ends of the affected bones with low-friction man-made material.

RegJoint, however, takes a different approach.
The implant has been in development since the mid 90s, and is intended for use in the small finger and toe joints of osteoarthritis and rheumatoid arthritis patients. It is made from a polylactide copolymer, and is inserted within the joint capsule of the affected digit.