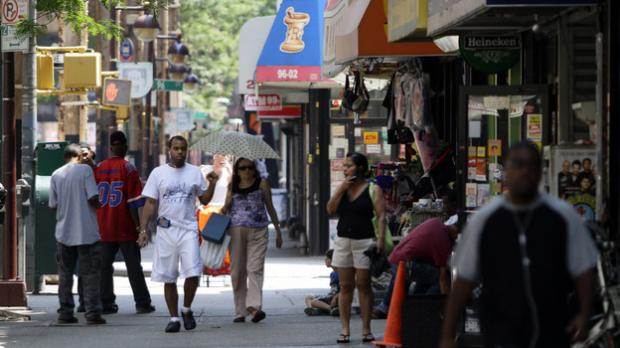 By now, most states around the country have redrawn their political boundaries based on the 2010 census — and then there's New York.

For voters in the Forest Hills section of Queens, it's been rough. A year ago, they were represented by Democrat Anthony Weiner, who tweeted his way to infamy. Now, they're represented by Republican Bob Turner, who won a special election after Weiner resigned.

Right now, nobody even knows what district they're in.

New York State has been steadily losing Congressional seats for 60 years. It is customary for Democratic and Republican leaders in the state to hammer out a compromise that eliminates one seat currently held by each party. But there's been no deal this year. And as Dick Dadey of the watchdog group Citizens Union points out, the primary election is less than four months away.

"For voters not to know what congressional district they are, or even the candidates to know what districts they might run in, creates a level of political chaos that we've not seen here in New York state before," Dadey says.

Since the legislature hasn't offered a solution, the courts are now getting involved. A federal judge in Brooklyn has called for a hearing Monday on two separate redistricting plans submitted by state lawmakers.