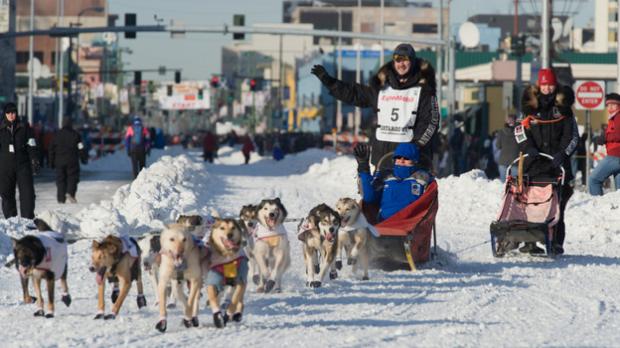 The mushers and their dog teams will spend about the next eight days traveling across nearly a thousand miles of Alaska wilderness in a sled, all trying to be the first musher to reach the old gold rush town of Nome.

The grandsons of Iditarod Trail Sled Dog Race's co-founder Joe Redington were the first and last mushers on the trail.

Ray Redington Jr. picked the first spot during the musher's draw. The 36-year-old musher is competing in his 11th Iditarod and finished in 7th place last year. He said he hopes to do even better this year.

"They're getting better. So am I," he said Sunday.

His younger brother, 29-year-old Ryan Redington, is competing in his 8th race but had to wait to get on the trail after picking the last spot.

There are six former champions in the race, including last year's winner, 49-year-old John Baker of Kotzebue.

Here's How Hydroponics Can Help You Save Money on Food