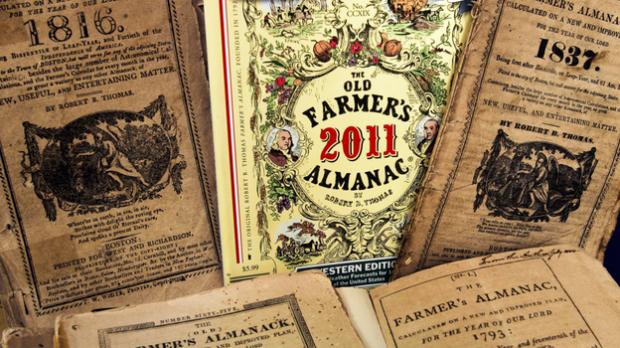 There's been something wacky with the weather this winter, and many forecasters never saw it coming.

Among them was The Old Farmer's Almanac, the quirky, centuries-old mix of historical data, prognostications and folk wisdom. Millions of people consult the almanac, which uses a secret formula to come up with its annual, yearlong weather forecasts, even though meteorologists say it has a dubious track record.

This year's edition might have been off target, but that doesn't concern Connecticut native Ryan Tartisel, who says the almanac is at least as good as more mainstream sources.
"I've followed the weather very closely, and the other forecasters seemed to get it wrong just as often," says Tartisel, 30, who works for a media company. "Usually, the almanac calls it with some degree of accuracy."

The Old Farmer's Almanac predicted this winter would bring above-normal snowfall from New England to Georgia and across the Midwest to the Pacific Northwest, with below-normal levels of precipitation in drought-stricken Texas.

"Precipitation-wise, much of the country has been drier than average, with one exception: an area that includes Texas," says Mike Halpert, deputy director of NOAA's Climate Prediction Center.

In fact, the National Oceanic and Atmospheric Administration's outlook for this winter hasn't fared much better.

Millions of Americans will suffer amid mass power outages this winter...

Neil Howe On The Fourth Turning: How Bad Will It Get, How Long Will It Last, & What Comes Next?

Chicago Threatens to Withhold Retirement Benefits From Cops Who Retire Rather than Submit...