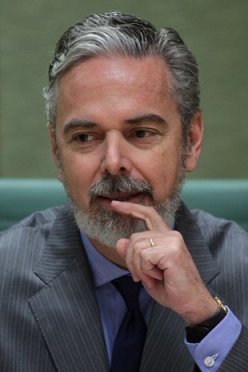 "One sometimes hears the expression, 'all options are on the table.' But some actions are contrary to international law" Patriota told UN Secretar General Ban Ki-moon.

This declaration was reported by Yahoo News, which explains the context:

Patriota's comments come as the United States, United Kingdom and Russia have asked Israel both privately and publicly not to carry out a preemptive strike against Iran's nuclear facilities. (Laura Rozen, UN should weigh in on legality of Iran strike, Brazil’s foreign minister tells Yahoo News, Yahoo News, February 23, 2012)

This article implies that only Israel has uttered such threats. Yet, President Obama himself said that “all options are on the table”, a warning also issued by other U.S. officials from both his and the previous administration.