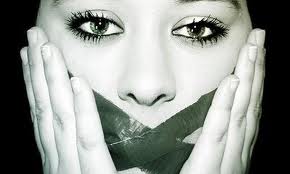 Free expression in all forms is fundamental in democratic societies. Without it, all other freedoms are at risk.

Included are free speech, a free press, freedom of thought, culture, and intellectual inquiry. It also includes the right to challenge government authority peacefully, especially in times of war and cases of injustice, lawlessness, official incompetence, and abusive government behavior.

Denying it risks tyranny. Voltaire defended it, saying "I may disapprove of what you say, but I will defend to the death your right to say it."

Howard Zinn called dissent "the highest form of patriotism." It includes the right to speak and write freely, assemble, protest publicly, and associate with anyone for any reason lawfully.

Democracy depends on it. Bill of Rights freedoms affirm it. Nonetheless, US history is strewn with abusive laws. The 1798 Sedition Act criminalized publishing "false, scandalous and malicious writing" against President John Adams or Congress, but allowed it against Vice President Thomas Jefferson.

Under this particular topic, no Libertarian hocus-pocus can be raised to deny the absolute truth that "false, scandalous and malicious writing

Wow, I just copy and paste this comment all day :)

I would often make the comment in speeches during the Clinton years... "Can we hurry up and get to a police state.... so we can leave?".

What you are advocating for is the end of this government. It can not sustain its legitimacy when the whole stated purpose for its existence is the protection of individual rights. Take that away and the reason for its existence go away. Soon, those who whine 'but what about the roads' will regularly get the response,... "Where we are going there aren't any roads"... they'll understand exactly what this means and the whiners won't have a clue.

The fall of governments in general isn't a might or should thing... it's an already happened thing.

I have been heavily criticized in years past for making the comment that voluntarists only have to wait for the supporters of the status quo to die off. There is nothing sinister about such a statement... its just a fact. Looking at the support for non-government solutions to problems and the understanding of how desperate the state will get in an attempt to rule/control and socially/economically engineer humanity is all that is needed to rationalize why so many of Generation Next has abandoned the institutions of the present for self reliance of the future.

The fear is being removed from Generation Next and it is _this_ that will prompt the central planners to act stupidly in an attempt to bring the livestock back into their pens.

Advocates of Global Control are guaranteeing a Worldwide LOV3olution and don't understand what is happening or why... and eventually they just die off and are replaced naturally with a populace constantly evolving towards humanity's ultimate ability to allow for the individual to use their absolute right to be absolutely alone. Sooner or later this is where we are headed, on or off this planet.

I am of the opinion that there isn't anyone or anything to 'conquer'... just avoid. Stop feeding the beast that is devouring you. Generation Next has already discovered this. And all of the yelling and deception and politicing around the world isn't going to change the increased realization that we have already outgrown the mental cage of government. I know that there are many/most that don't feel this way, but in time nature just takes its course and they are replaced.

Just the way it is.

Only those from the "lunatic fringe" would call "false, scandalous and malicious writing" freedom of expression!