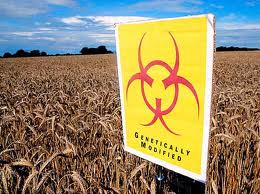 He's already invested $27 million into Monsanto Company—leading some countries to reject his charity due to the high risks, such as:

We already know how deeply entrenched the U.S. government has become with Monsanto.

For a visual illustration of their 'revolving-door-relationship' with the governmental regulatory agencies, see the graph toward the bottom of this article.

It is this type of government infiltration that allowed genetically engineered alfalfa to be approved without any restrictions at all, despite the protests of the organic community and public comments from a quarter of a million concerned citizens.

In Bill Gates, Monsanto also has one of the wealthiest and most influential "philanthropists" supporting their agenda and spreading misleading propaganda about their products.