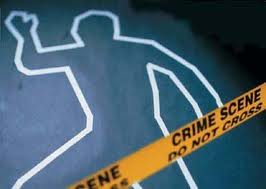 A source familiar with the investigation told The Times the tests are routine in a death of someone so young.

An autopsy was completed Friday, and the tests are expected to take several weeks.

"It's standard procedure," coroner's spokesman Craig Harvey told Reuters. "We have a very young man who died suddenly and unexpectedly, so we want to make sure we cover all the bases."

The source, who spoke on the condition of anonymity because the case was still under investigation, said officials are working on the assumption that Breitbart died of natural causes. A witness saw him collapse while walking near his home and said that he had no external injuries, the source said. Paramedics rushed Breitbart to Ronald Reagan UCLA Medical Center, where doctors pronounced him dead.

"It looks like a heart attack, but no one knows until "an autopsy is done, Breitbart's father-in-law, actor Orson Bean, told The Times.

"He was walking near the house somewhere.... He was taken by paramedics to UCLA, and they couldn't revive him," Bean said. "We're devastated. I loved him like a son."