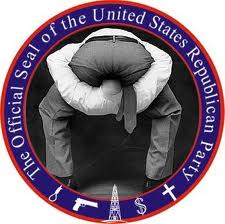 Benjamin Franklin famously penned, “He that lies down with dogs shall rise up with fleas.” A former obstetrician expounded upon Franklin’s sentiment regarding bad company corrupting good character, and gave it a modern edge. “When one gets in bed with government, one must expect the diseases it spreads,” wrote Congressman Ron Paul.

Who are the presidential candidates in bed with now? Judging from donations alone, Ron Paul draws the eternal devotion of the entire US Army, the US Air Force, the US Navy, and sensible folks at Google. In stark contrast, Mitt Romney’s moneyed mistresses max out to him at Goldman Sachs, JP Morgan Chase, Morgan Stanley, and Citigroup. Rick Santorum appears to be the worst lover of them all. No one of any consequence has jumped into Santorum’s sex-is-for-procreation bed, offering to give him big donors—unless you count Universal Health Services. In fact, Santorum has barely surpassed Jon Huntsman’s fundraising totals, and Huntsman went broke months ago. Even Newt Gingrich is out-fundraising Santorum nearly three-to-one. That’s to be expected for Gingrich; good times seem to come in threes for the former Speaker.

Who is pairing their money with their mouths and issuing verbal endorsements? George Soros says it best, “If it’s between Obama and Romney, there is not that much difference, except for the crowd that they bring with them.” Many others from the moneyed class agree, including hair model Donald Trump. Robin Leach is so comfortable with the rich and famous, he wishes Romney champagne kisses and caviar dreams. A disproportional amount of people in the hedge fund, ice skating, and legal communities also endorse Romney. This might seem like a coincidence until you consider what they all have in common.

Come on, kiddies. Take your FREEDOM medicine. I know it's bitter. But it's an acquired taste, like drinking coffee, black. Once you've tasted it for a little while, you will really begin to enjoy it - TRUE FREEDOM - not the make-believe stuff you've had up 'til now.

Oh, and I guess JV is right about Ron Paul dropping out of the Presidential race. After all, everyone drops out after they become President! At least for a couple of years.

Now that is a sweet quote on sooooo many levels.  :-)

That's Bayag's analogy you are referring to. I don't know what JV has to say. I have joined you guys who are in the side of the people that are being blind-sided by Ron Paul's clandestine candidacy. My take is just a simple one: He is a no-good politician ...period. Vote NOT Ron Paul 2012!

Listen, folks ... Ron Paul is only saying this as a sour grape. He is leaving the presidential race, and he is spitting his last venom on the remaining candidates that beat him hands down. Sour grapes.

Brag, if your analogy is true, a parasite that sucks not only blood and soul but also other parasites like worms that infect the host, is deserving of their loot in a quid pro quo basis. But for doing nothing in Congress in the last 20 years -- oh, boy [!] that must be really a bad, bad parasite.

Ouch ... that's despicable!  I don't dig why supporters don't understand this. How a donkey be so dumb, beats me.