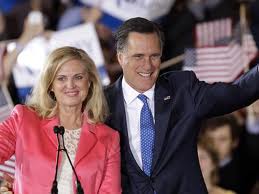 Mitt Romney and Rick Santorum each won Republican presidential primaries in multiple states on Tuesday night, with Romney taking the key battleground of Ohio on a Super Tuesday that highlighted stubborn divisions in their party.

Former House speaker Newt Gingrich won the primary in his home state of Georgia, once again reviving his campaign. Rep. Ron Paul of Texas did surprisingly well in a losing effort in Virginia, indicating that a tumultuous four-way GOP race is likely to rumble on for weeks.

Romney narrowly beat Santorum in Ohio, where he had trailed badly in recent weeks, but rebounded as a result of heavy TV advertising and repeated visits to the state. Ohio was the biggest prize of Super Tuesday, as it is key to Republican hopes in November’s general election. Romney also won four states where he faced little opposition: Massachusetts, the state he served as governor, as well as Virginia, Vermont and Idaho. In the Alaska caucuses, the Associated Press projected him to defeat Santorum by a 4 percent margin.

Those victories helped Romney add to his lead in delegates, the tally that will ultimately determine the GOP’s nominee.

But Santorum scored wins in Oklahoma, Tennessee and North Dakota. Those victories, as well as his close loss in Ohio, underscored his ability to draw conservative and blue-collar voters with a bargain-basement campaign. Although Romney may be capturing the Republican Party’s delegates, he is struggling to capture its passion.