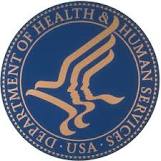 Detroit — Part of an $11 million grant intended to provide business attire to 400 low-income job-seekers instead helped only two people, an audit of the city's Department of Human Services has found.

The audit, conducted by the city's auditor general for the period from July 2009 to September 2011, found the department failed to control the operations and finances of a boutique that was to provide the clothes.

The department did not safeguard grant funds or create an inventory for the clothing, the audit found.

Among the most telling findings, which will be discussed today during a City Council committee meeting, is that a third-party contractor advanced $148,000 to a downtown Detroit clothing store and opened an account, but did not include the city on the account.
"It's just another example that money is not as much of an issue than managing the money, whether it's grant or general fund dollars that we have," said Council President Pro Tem Gary Brown. "We have to find a better way to manage the resources and give Detroiters the value for the tax dollars they deserve."