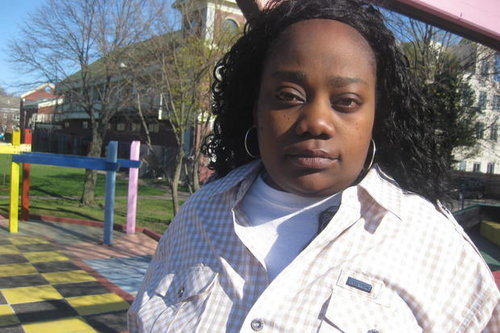 The sad and surreal cautionary tale of Tonya McDowell, 34, a single homeless unemployed Connecticut mother convicted last week of "stealing" $15,000 worth of education in 2011 by enrolling her son in a good school he wasn't technically supposed to go to, and subsequently convicted of selling drugs to undercover officers who started to investigate her after she was arrested on the school charge - or, essentially, convicted of being the wrong color, class and gender in the wrong place, and lacking the external or internal resources required to overcome the many strikes against her. She was sentenced to 12 years in prison, reduced with a plea deal to serving five years. She will join over six million people - many incarcerated for non-violent crimes, the majority black men, including 50,000 in solitary confinement every day - under "correctional supervision" in America. The New Yorker takes a scathing look at the largely unexamined "storm that wretches suffer in," defying humanity and common sense