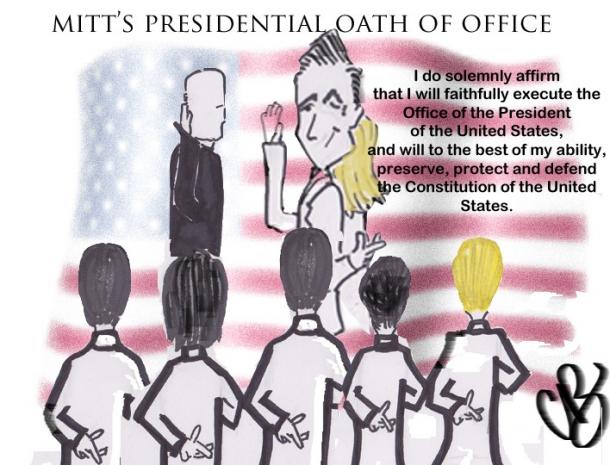 After outspending his opponents four to one on Super Tuesday, Mitt Romney is one day closer to handing over the Republican Nomination to Jeb Bush.
The Romney Strategy was to win early and force out his opponents before the 2008 non-Romney states could vote. This meant:
1. Moving pro-Romney States into earlier primaries. In 2008, twenty-four States held their primaries on "Super Tuesday. This year it was only 10 states.
2. Romney won Michigan, Nevada (caucus), Wyoming, Maine, Massachusetts, Montana (caucus), Utah, Minnesota, Colorado, North Dakota and Alaska in 2008. These were the Romney strongholds going into 2012.
3. With the exception of Utah and Montana, all of the above states have been early primaries.
Results for 2012 Super Tuesday Primaries
(States in Green Voted for Romney in 2008, Winner in Red)