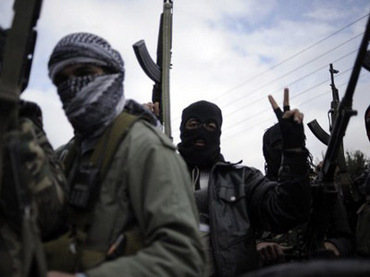 A security operation in Homs reveals Mossad, CIA and Blackwater are involved in the military violence in this part of Syria, as over 700 Arab and Western gunmen and Israeli, American and European-made weapons were detained in Baba Amr district.

Around 700 gunmen were recently arrested in the former rebel stronghold of Babar Amr.

“The captured gunmen held Arab nationalities, including Gulf, Iraqi, and Lebanese. Among them were also Qatari intelligence agents and non-Arab fighters from Afghanistan, Turkey, and some European countries like France,” the agency quotes Syrian expert in strategic affairs Salim Harba as saying.

Harba also confirmed to the agency that “a coordination office was established in Qatar under American-Gulf sponsorship. The office includes American, French, and Gulf – specifically from Qatar and Saudi Arabia – intelligence agents, as well as CIA, Mossad, and Blackwater agents and members of the Syrian Transitional Council.”