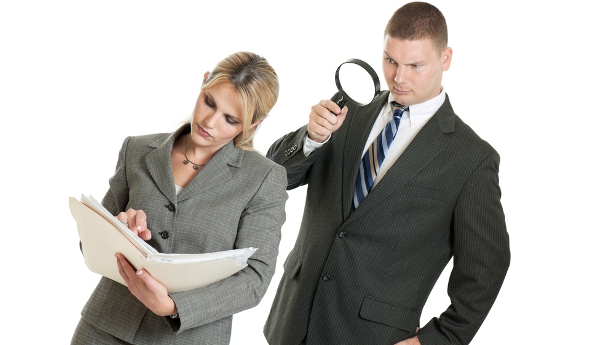 Speaking at a policy debate Wednesday at The Heritage Foundation, a representative of the American Civil Liberties Union (ACLU) warned that a bill currently being considered by the House Select Committee on Intelligence would intertwine the National Security Agency (NSA) with corporate America, exposing vast amounts of private civilian data to unprecedented levels of monitoring, all in the name of “cybersecurity.”

H.R. 3523, introduced last year by Rep. Mike Rogers (R-MI), purports to help safeguard American corporations from espionage and cyber crime by allowing the NSA and other federal spy agencies to work directly with large corporate players, funneling them classified information on threat assessments to enable companies to defend themselves.

While the bill is openly supported by companies like AT&T, Lockheed Martin, Microsoft, Facebook, Boeing and Intel, ACLU legislative counsel Michelle Richardson cautioned Wednesday that it is not something to be taken up lightly.
“[The Rogers bill] will encourage companies to share personal and private data with the government,” she said. “And then with very little oversight, allow the information to be used in a number of different ways.”

1 Comments in Response to Bill would create partnership between NSA and U.S. corporations

NSA under Bush II spied on Americans’ private phone and email communications without—warrants—collecting vast amounts of electronic communications. Americans are still upset. Last year Rep. Mike Rogers (R-MI) introduced H.R. 3523 that if passed would allow NSA to (Partnership) share with U.S. Corporations—classified (threat assessment information) so corporations can better defend against espionage and cyber crime. Understandably Americans are concerned NSA will provide their private information to U.S. corporations that embrace NSA’s information sharing, including to their corporate employers e.g., disclose their associations, private finances, medical records, what political and other organizations they belong or support; even protest demonstrations they attended. If NSA provides that kind of private employee information to (their corporate-partnership employers) it is foreseeable that will cause corporations to fire some employees; reject certain job applicants. Importantly, how will terminated employees and rejected job applicants appeal or defend against an NSA alleged threat assessment or other information NSA provided a corporate employer?

Realistically can you imagine NSA not providing private and personal employee information to a corporate employer  NSA shares information—no matter what federal privacy legislation might be passed?

Before Hitler had total power, during 1930’s Hitler’s private Gestapo worked with German Corporations and Government Police. Once Hitler came to power German Citizens that did not belong to the Nazi Party could not get a job. Soon perhaps, U.S. Corporations will require permission from their partner (NSA), before they can hire a job applicant or keep current employees based on NSA so-called threat assessments.

After the arson burning of the German Parliament building, private corporations that supported the Nazi Party helped Hitler get passed legislation that suspended provisions of the German Constitution that protected Citizens’ freedoms and civil liberties. Corporations secured greater power; Citizens lost their rights.

If NSA provides U.S. Citizens’ private information to its corporate partners, it is necessary to consider NSA’s working relationship with Homeland Security. In mid-January 2012 Homeland Security announced the National Operations Center (NOC) received permission from Washington to monitor journalists and retain data on users of social media and online networking platforms. Homeland Security spying, tracking Americans will result in Citizens not visiting and posting comments on websites? Expect millions of Americans under constant police/government surveillance will increasingly not speak out; not attend political meetings or protest demonstrations out of fear they might be arrested, lose their job; be put on a government NO Hire List, especially if they work for a government agency or contractor—that happened in Nazi Germany.

If you are concerned that NSA, the U.S. Military, Homeland Security may share your private information with Corporations, consider Government’s recent creation of Fusion Centers; U.S. Government has laid the groundwork for the covert infiltration of Americans. Since 9/11 federal government has established across the nation more than 72 Fusion Centers. The Centers were originally established to improve the sharing of anti-terrorism intelligence among different state, local and federal law enforcement agencies. But since has expanded with encouragement of federal government to pursue all crimes and hazards. Fusion Centers now pursue for analysis not just criminal and terrorist information, but any information that can be derived from police, public records and private sector data about Americans.

Before Hitler’s private Gestapo was consolidated with the German Government in 1934 his Gestapo worked with corporations to arrest Citizens and confiscate their private property with no legal authority. In 1934 the Gestapo was placed under SS leader Heinrich Himmler Chief of German Police. In 1939 all German Police agencies were put under the control of the "Reich Main Security Office” the equivalent of U.S. Homeland Security.

While the U.S. press has on occasion covered Fusion Centers invading the privacy of Citizens, media missed Fusion Centers’ involvement in criminal and civil asset forfeitures. It was problematic law enforcement and quasi private government contractors would gain wider access to Fusion Center data to secure evidence to arrest Americans and or civilly forfeit Americans’ homes, businesses and other assets under Title 18USC and other laws to keep part of the assets as a forfeiture commission.