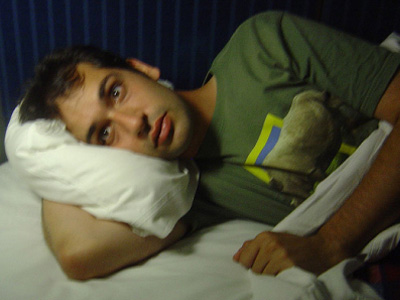 Facebook has an Achilles heel and scrappy startups are kicking it repeatedly.

Its mobile experience is terrible.

The app is slow to open; it doesn't update in real time. Uploading photos is painfully slow.

Startups like Instagram are taking advantage of Facebook's missed mobile opportunity. By simplifying the social photo sharing experience on iPhones, Instagram got 25 million users in 1.5 years.

But there is apparently one startup that really makes Zuckerberg and his team lose sleep.

Multiple sources tell us Facebook is "afraid of Path," the mobile social network. We hear Zuckerberg and his cronies are keeping a watchful eye on their former colleague and Path founder, Dave Morin.

After a slow first year and a product pivot, Path quickly hit 2 million users within two months of its relaunch.

The engagement numbers are particularly worrisome to Facebook. One source tells us Path's user engagement is about three times better in terms of post frequency and length of visits than Facebook's was at the same age.