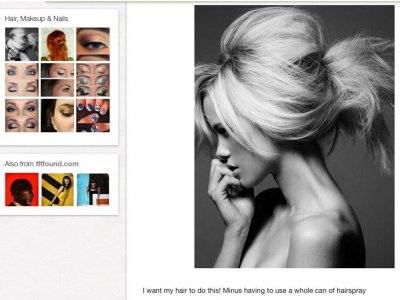 When adding an image to Pinterest, an online image-sharing network, you're required to enter a caption.

If you don't you'll get an error asking you to "describe your pin," as shown below.

This tiny attention to detail from Pinterest's developers could be the thing that keeps them from getting their butts sued off for copyright infringement, according to Itai Maytal, an associate at New York law firm Miller Korzenik Sommers, which specializes in media and intellectual property.

By adding a caption, Pinterest is essentially making you comment on the photo. By commenting on that photo, Pinterest can make the argument that having the photo on its site could be protected under "fair use."
"It would favor them because it's commentary, and commentary and parody are some of the types of uses that the law encourages," Maytal. "It certainly wouldn't end the analysis, so the jury would still be out as to whether this is all protected under fair use."