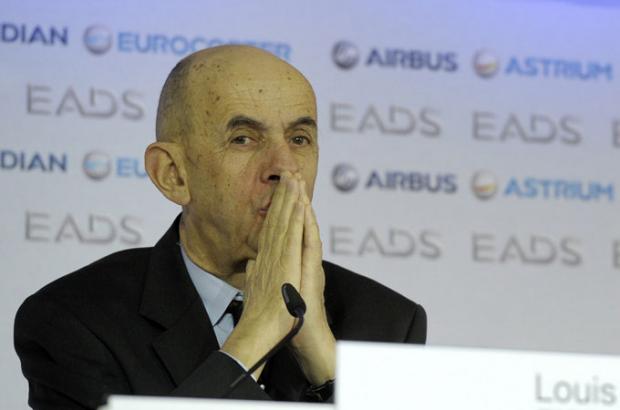 The chief executive of the Airbus parent company, EADS, has accused European Union officials of sparking a fight with China over aircraft emissions that threatens to cost the jet manufacturer $12bn in orders.
Louis Gallois said on Thursday that EADS is a "hostage" to the dispute between Beijing and Brussels, which has put the fate of 45 unbuilt large aircraft in question.

"China is putting on hold orders already agreed with airlines but not approved. ... We are worried that this conflict is becoming a commercial war," he said.

As Airbus could lose $12bn in orders, Gallois announced EADS reported a 72 per cent increase in profits for the fourth quarter to $810 million.

With some analysts warning of a brewing trade war, Stefan Schaffrath, Airbus spokesman, said they were seeing "retaliation threats" from 26 countries, "in particular from China".

Speaking to the Associated Press news agency, he said 35 orders by Chinese airlines for A330 aircraft are on hold because China's government is refusing to approve them.

He said orders for another 10 A380 superjumbos are also under threat, and that the combined list prices of the aircraft is $12bn.

Officials at the Chinese embassy in Paris could not be reached for comment on the Airbus statements on Thursday.

Asked about the Airbus complaint, Isaac Valero Ladron, EU spokesman, said: "I'm not in a position to make any comments about possible trade decisions. I think it's in everybody's interest to reduce greenhouse gases, which affects climate change, and airplanes affect that, as well."

Here's How Hydroponics Can Help You Save Money on Food