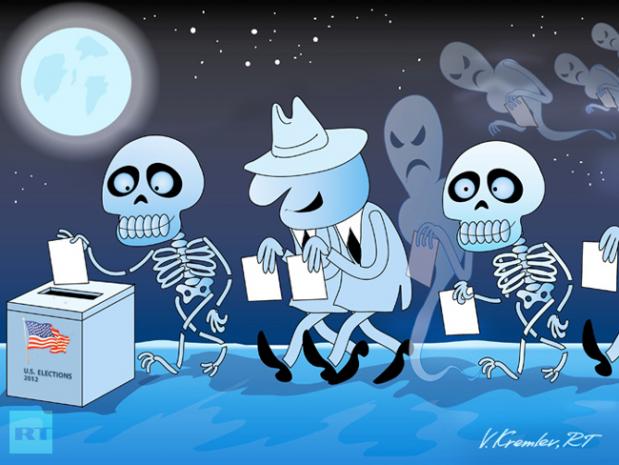 With Americans heading to the polls in 2012, determined to take part in homespun democracy, millions of votes may end up rejected or thrown away when election night comes – all because of the specific voting registration system.

­The US is always quick to criticize the election process in other countries, as it has been since the presidential election in Russia last week.

But in a few months America will have to elect a new national leader using a 19th-century, paper-based voter registration system that has previously left the nation’s electoral rolls plagued by errors and inaccuracies.

According to David Becker, the Director of Election Initiatives for the Pew Center on the States, “About 2.2 million votes were lost in 2008 due to voter registration problems.”

A new Pew report on America’s “inaccurate, costly and inefficient voting system”also found 1.8 million deceased individuals listed as eligible US voters. Plus nearly 3 million citizens are registered in more than one state.

“We found 51 million eligible voters who aren’t on the rolls – that is one in four eligible citizens in the United States,” he adds.