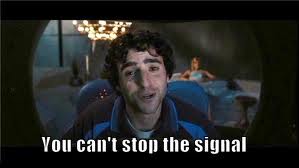 The Feds shut down Megaupload two months ago, but browser-based filesharing hasn’t slowed down. It has just moved to other websites.

Before the takedown, Megaupload was the most popular web-based filesharing service — by far. In a recent study of 1,600 networks, Palo Alto Networks — a company that makes its living scanning corporate networks for unauthorized software — found that it accounted for about a quarter of all filesharing traffic on these networks. That was about 10 percent more than its nearest competitor.

But Megaupload was shut down on Jan. 19, and its CEO, Kim Dotcom, and other company associates were arrested in a dawn raid in New Zealand. The U.S. Department of Justice is looking to extradite him to the U.S. to face criminal conspiracy charges.

Now that Megaupload is gone, some filesharers may have tapped the brakes on their downloading, but mostly, they’ve just moved on to other websites that let them do the same thing. “If you look after the takedown, you see some other folks taking up the slack,” says Chris King, a director of product markeing with Palo Alto Networks.

Putlocker seems to be the big winner. It went from being the source of about 6 percent of web-based filesharing to 28 percent, when measured by the amount of networking bandwidth used. To put that in perspective, Megaupload accounted for about 25 percent of bandwidth before it was shut down. “Putlocker is on the rise,” King said.