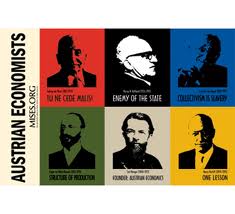 U.S. Regulators 'Paralyzed' by Cost-Benefit Suits, Chilton Says ... Wall Street banks are using the threat of lawsuits to prevent regulators from writing rules mandated by the Dodd-Frank Act, said Bart Chilton, a Democrat on the U.S. Commodity Futures Trading Commission. "Some regulators live in constant fear and are virtually paralyzed by the threat" that they will face "spuriously" filed suits alleging that the costs and benefits of their rules weren't adequately considered, Chilton said in a speech prepared for the Trade Tech 2012 conference today in New York. "It is a bastardization of the conduct and use of cost-benefit analyses in regulatory rulemaking." – Bloomberg

Dominant Social Theme: When the Fedgov comes up with good regulations, the last thing responsible regulators need is for the business community to challenge them on cost-benefit grounds.

Free-Market Analysis: This is an interesting little article because it actually manages to compound the regulatory "problem" with yet another faux-facility: cost benefit analysis.

The conflation of these two concepts – regulation and analysis – adds yet more confusion to a marketplace already overwhelmed by price-fixing and distorted by efforts at restraining the Invisible Hand. The result of such massive price-fixing is inevitably recession, depression and general ruin.

That doesn't stop the regulatory machine from grinding along, however. Free-market economist Ludwig von Mises shows us elegantly in his opus, Human Action, that government force NEVER has the desired effect. It cannot because people moderate their behavior – but not in ways that regulators expect.

This is a fundamental problem of regulation generally, and the reason we call it an elite dominant social theme. The small handful of men who apparently run the world's central banks use the impossible wealth at their disposal to try to create world government. They are behind the current mania for regulatory democracy.

The more regulation the better, of course. That's because these individuals, from what we know of them, operate via mercantilism. They hide behind the scenes and pull the levers of government invisibly. They NEED massive government in for the continuance of their reign.

But ... regulation doesn't work. First, the largest regulatory entities tend to capture regulatory authorities and bend regulation toward their own ends. Basically, regulation eventually becomes a barrier to entry, restricting competition and fostering the very abuses it seeks to address.

Second, regulation usually creates exactly the opposite result from what it is putatively supposed to solve. This is because regulation is most often at cross-purposes with natural law. When people are barred from seeking what is naturally in their self-interest they will not cease to seek it, but merely change their methodology.