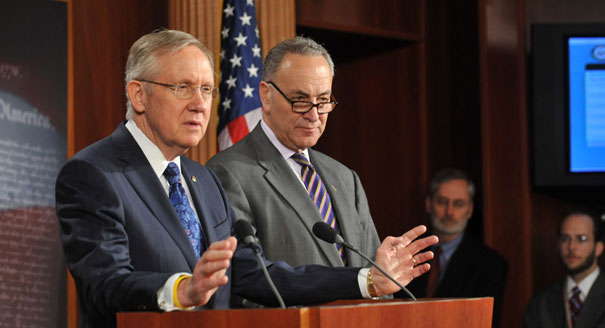 Thursday’s squeaker of a Senate vote on the Keystone XL pipeline serves both as a warning to President Barack Obama that a majority of both houses of Congress supports the pipeline and as encouragement to Republicans to keep pushing the issue.

Obama had personally lobbied Senate Democrats with phone calls urging them to oppose an amendment to the highway bill that would fast-track the Canada-to-Texas oil pipeline. And as it turned out, he needed every bit of their help.

In all, 11 Democrats joined 45 Republicans to support the pipeline. Only the fact that 60 votes were needed for passage saved the White House from an embarrassing defeat.

“That was very strong work by President Obama himself, making personal calls to Democrats,” Lugar said. “He understood that a majority of the American public and a majority at least of the Senate are strongly in favor of this project.

“So I suppose you give credit to the president for once again blocking something, but I don't think the president really wants to do that indefinitely,” he added.

“We got a majority in the Senate,” said amendment sponsor Sen. John Hoeven (R-N.D.), who noted that two senators — Mark Kirk (R-Ill.) and John Thune (R-S.D.) — were absent. “So we would have had 58 votes had all Republicans been able to be here.”

REVEALED: Congress 'Squad' members legislating to defund the police have spent up to $70,000

Will Fauci Be Held Accountable for Lying to Congress?