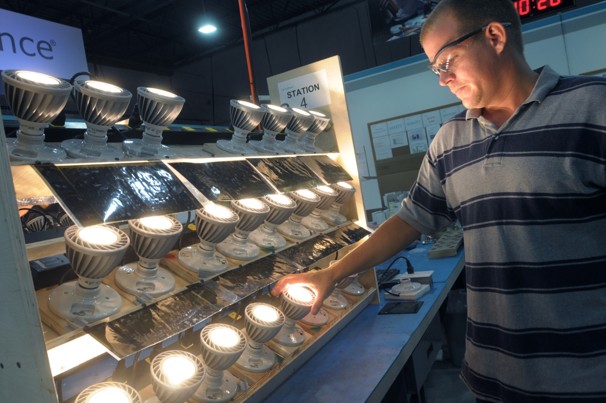 The U.S. government last year announced a $10 million award, dubbed the “L Prize,” for any manufacturer that could create a “green” but affordable light bulb.

Energy Secretary Steven Chu said the prize would spur industry to offer the costly bulbs, known as LEDs, at prices “affordable for American families.” There was also a “Buy America” component. Portions of the bulb would have to be made in the United States.

Now the winning bulb is on the market.

Retailers said the bulb, made by Philips, is likely to be too pricey to have broad appeal. Similar LED bulbs are less than half the cost.

“I don’t want to say it’s exorbitant, but if a customer is only looking at the price, they could come to that conclusion,” said Brad Paulsen, merchant for the light-bulb category at Home Depot, the largest U.S. seller of light bulbs. “This is a Cadillac product, and that’s why you have a premium on it.”