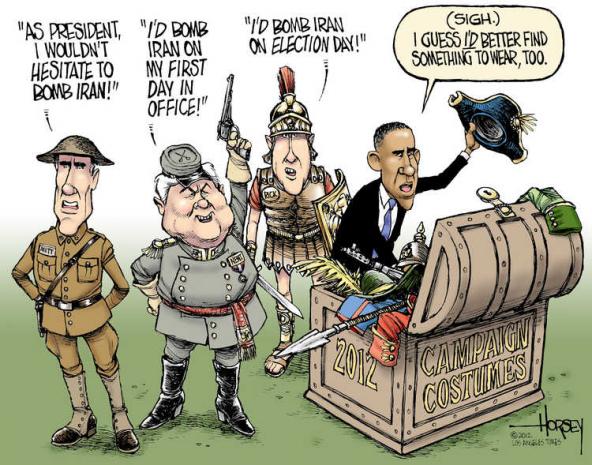 Who’s ready to go to war with Iran?

Oh, I forgot. Since we now have an army of professionals, none of the rest of us is actually required to go to war. And, since we now allow commanders-in-chief to unilaterally send that army into battle whenever they please, members of Congress don’t have to bother voting for a declaration of war.

War has become a matter of presidential choice. That’s why we should take seriously what the candidates for president have to say about attacking Iran. They can promise to cut the deficit or bring down gas prices or scuttle Obamacare, but, if they promise war, it’s the one promise we know they can keep.

If you happen to be antiwar, your only option is Ron Paul. He has made it clear he does not really care if Iran builds nuclear weapons. Paul wants to stay out of other people’s business and cut the military. In stark contrast, the other Republican candidates are trying to outdo one another in their bellicosity.

From PsyOp To MindWar