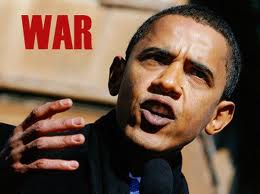 Imagine the potential catastrophic consequences, especially if nuclear weapons are used. They were before. Why not now. The prospect's chilling.

In his Der Ring des Nibelungen operas (the Ring), Richard Wagner portrayed his apocalyptic version musically. Gotterdammerung (Twilight of the Gods) prophesied the end of the world.

Einstein suggested it, saying he didn't know what WW III weapons would be used, "but World War IV will be fought with sticks and stones."

"Shall we put an end to the human race, or shall mankind renounce war" and live in peace. The stark choice is clear. The wrong one suggests consequences too grim to imagine.

It's terrifying to imagine nuclear bunker-buster bombs used against underground targets. Whatever the physical damage, irradiating vast areas could kill millions, and set a precedent to keep using them like king-sized hand grenades.