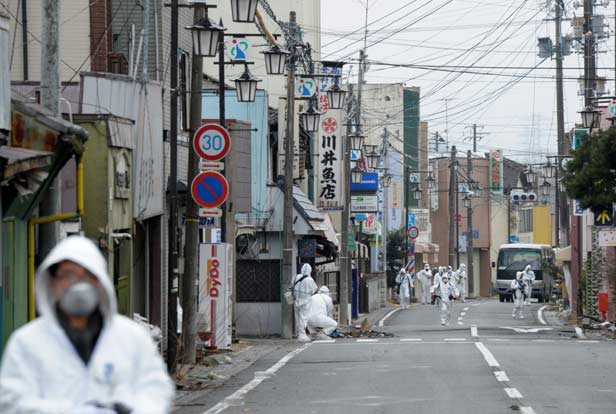 A year after Japan's largest earthquake and most destructive tsunami led to the Fukushima nuclear accident, experts say the industry has moved beyond any claims of absolute safety. As happened after the 2010 BP oil spill in the Gulf of Mexico, experts now recognize that any technology—whether it's deepwater drilling or nuclear fission—can and will fail, and operators must prepare for the worst.

"Fukushima Daiichi ... was not just due to an inadequately sized seawall—that is the wrong way to look at it," says Edward Blandford, a professor of nuclear security at the University of New Mexico and a postdoctoral fellow at Stanford University's Center for International Security and Cooperation. "The events at Fukushima Daiichi were due to a series of failures, including failures in plant defensive actions, mitigation efforts, and emergency response. If backup equipment had been stored in waterproof vaults or higher elevations, the accident would have most likely been avoided."

Nuclear operators and regulators say they embrace the need to anticipate the worst. Nuclear utilities in the U.S. launched a program this winter to stock portable reactor-cooling equipment at regional depots, and last week, the U.S. Nuclear Regulatory Commission (NRC) approved new mandates requiring operators to prepare for events worse than what a reactor is designed to handle—or "beyond design-basis events," in industry lingo.

Reactors and radioactive materials at Fukushima Daiichi were destabilized by back-to-back beyond design-basis events. First was the magnitude 9.0 earthquake that felled the plant's power lines, triggering diesel generators to maintain cooling of its reactor cores and spent fuel rods. Less than an hour later, the generators along with some of the plant's last-resort battery power backup were gone, knocked out by a 14-meter tsunami wave that crested the plant's seawall.