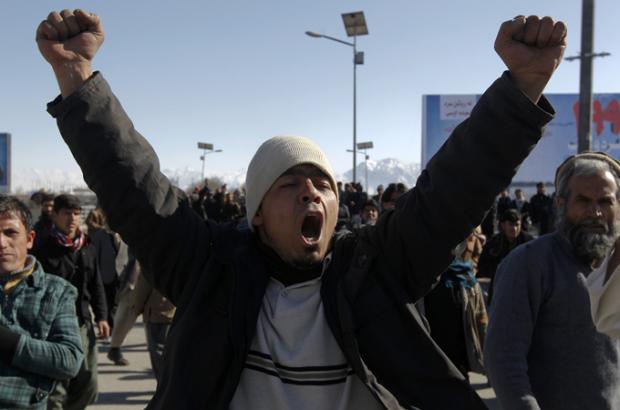 A US soldier has killed more than a dozen civilians in a shooting spree in southern Afghanistan before being detained, officials say.

A member of the Kandahar provincial council who visited the site of the shooting in Panjwai district told Al Jazeera that at least 17 civilians were killed when the soldier left his base early on Sunday morning and opened fire.

The Kandahar governor's office put the number of killed civilians at 15.

Captain Justin Brockhoff, a spokesman for the NATO-led International Security Assistance Force (ISAF), could not confirm any fatalities in the incident.

“This is a horrific incident, and our thoughts are with the families of the affected. Our initial reports indicate multiple civilians - between four and six- are wounded. Those civilians are receiving care at coalition medical facilities," he told Al Jazeera.

"At this point we do not have an indication - we can not speculate about the individual's motives."

Al Jazeera's Bernard Smith, reporting from Herat, said the soldier entered three houses near the base and opened fire on civilians.

"We are now being told by the police sources that the US soldier left his base at three o clock this morning. It would have been pitch-black wherever he walked," he said.

American Is Held After Shooting of Civilians in Afghanistan