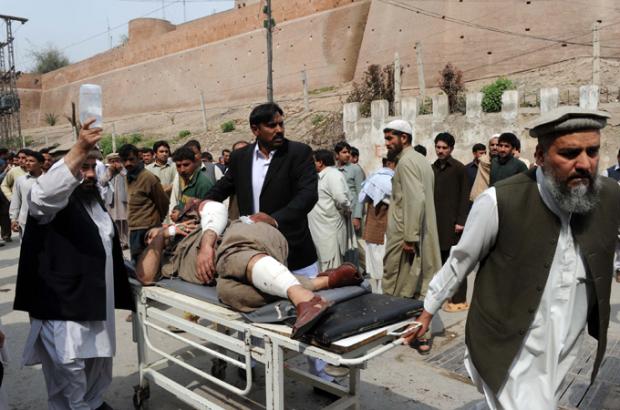 At least 15 people have been killed after a bomb exploded at a funeral in the northwest Pakistani city of Peshawar, local police officials say.

The blast took place in the Badaber area, on the outskirts of the city, which is the provincial capital of Khyber Pakhtunkhwa, senior police officer Kalam Khan told the AFP news agency.

The explosion occurred after mourners had offered prayers for a local woman.

"It was a suicide attack, we have found the head and legs of the bomber," he said. Imtiaz Altaf, the police chief for Peshawar, confirmed that initial investigations indicated that a suicide bombing had taken place, and that eight kilograms of explosives had been used in the blast.

Abid Rehman, a police officer, said the attacker appeared to have gained access to the inside of the house where the funeral prayers had taken place.

At least 37 people are reported to be wounded in the attack. Rahim Jan, a doctor at the Lady Reading Hospital where the injured were being treated, said that at least five of them were "in serious condition".

Rehman told the Associated Press that the blast appeared to have been targeting Khushdil Khan, the deputy speaker of the provincial assembly, who has been critical of armed anti-state groups in the past.