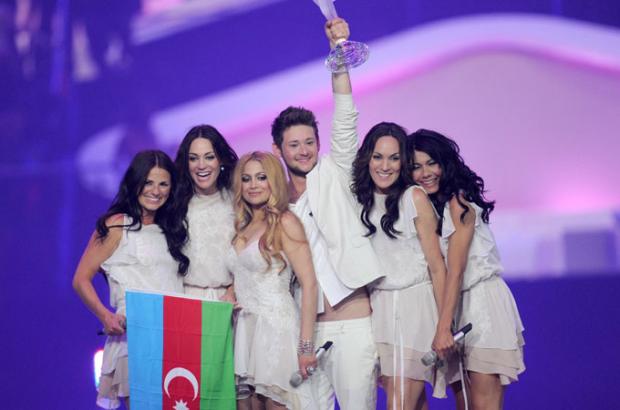 There are calls for a boycott of this year's Eurovision song contest in Azerbaijan due to the country's poor human rights record and dissident clampdown.

The Eurovision song contest with be held in the capital, Baku, in May after Azerbaijan won the competition in 2011.

The authorities in Azerbaijan are making the occasion of hosting the contest as a centrepiece of its efforts to make Baku an international cultural capital.

A TV audience of about 125 million viewers from 42 countries is expected.

Already the competition has caused controversy as last month Human Rights Watch, the New York-based organisation, criticised the forcible evictions of people from their homes, sometimes without warning or in the middle of the night, to make way for "city beautification" before Eurovision.

Many of the landlords and tenants were paid little or no compensation, as a result.

Criticising the government of Ilham Aliyev can result in hefty penalties.

In October 2011, three opposition leaders who helped organise the peaceful protests were found guilty of causing civil unrest, a crime that carries a prison sentence of up to three years in Azerbaijan.