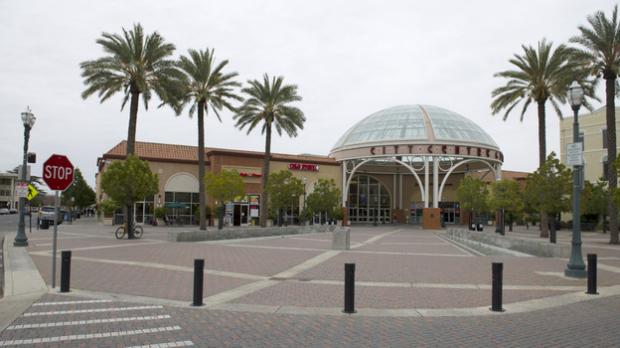 The city of Stockton, Calif., about 90 minutes east of San Francisco, is broke and on the brink of bankruptcy. Stockton's road to insolvency is a long one, and it appears that, financially speaking, everything that could go wrong in Stockton did.

If Stockton can't solve its budget crisis, it would be the largest American city to go bankrupt.

Weber's Point in downtown Stockton is on a marina that symbolizes the city's pain and promise. Stockton is an inland Central Valley city of nearly 300,000 residents. Beyond this marina is the San Joaquin Delta, with a channel to the San Francisco Bay. On the waterfront, there is also a sports arena, a new baseball park and a renovated hotel. They are all reminders of Stockton's better days.

Stockton's aging City Hall and the office of Mayor Ann Johnston are just a few steps away from the waterfront. The mayor points to a series of large photos in her office of those major downtown landmarks — all developed in the last decade.