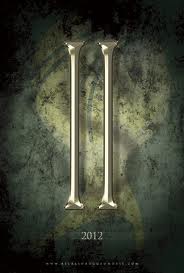 "It's a poetic moment that today [February 2, 2012] Ayn Rand was born 107 years ago and we are greenlighting Atlas Shrugged: Part II," announced producer John Aglialoro at Reason Weekend 2012, which was held in San Juan, Puerto Rico. Aglialoro was joined by his partner Harmon Kaslow in making the announcement.

Filming is set to begin in April and the movie will hit theaters this fall, before Election Day. "In October," said Kaslow, "hopefully we'll have people from Reason, from FreedomWorks, people who believe in what this book represents, [standing] in front of the...theater to tell people not only how important the movie is but what they're going to do in November and hopefully effectuate some positive changes."

About 3.30 minutes. Filmed by Anthony Fisher and Joshua Swain; edited by Swain.

1 Comments in Response to ATLAS SHRUGGED: PART II GREENLIGHTED, IN THEATERS THIS FALL

Well, this is good news.  I wasn't sure they were going to be able to make the next part based on the response to part 1.  I look forward to seeing part 2 this year.