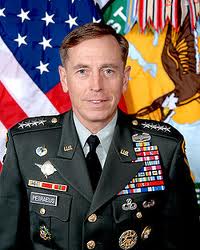 WASHINGTON — Six months after Marine Lt. Gen. Gary McKissock retired in 2002, he did what many other ex-military leaders do: He joined the board of directors of a defense contractor, a company doing business with his former service.

McKissock also had a second job. The Marines brought him back as an adviser, at double the rate of pay he made on active duty. Since 2005, the Marines have awarded McKissock contracts worth $1.2 million, in addition to his military pension of about $119,000 a year.

McKissock is one of at least 158 retired admirals and generals the Pentagon has hired to offer advice under an unusual arrangement. Most of the retired officers, one to four stars in rank, have been paid hundreds of dollars an hour by the military even as they worked for companies seeking Defense Department contracts, a USA TODAY investigation found. That's in addition to pensions of $100,000 to $200,000 a year for officers with 30 or more years of service.

As "senior mentors," as the military calls them, the retired officers help run war games and offer advice to former colleagues. Some mentors make as much as $330 an hour as part-time government advisers, more than triple what their rate of pay was as high-level, active-duty officers. They earn more — far more, several mentors said in interviews — as consultants and board members to defense companies.

Why! He isn't any hero. You 've got to do the duty to get that status. He's a Pussy. Probably run for Congress in a couple of years. Why hell, he made his money. Our money.