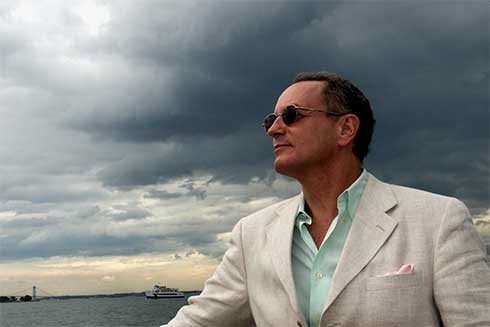 The path that my new CD, “The Way to Peace”, has taken to arrive at completion has really been my personal path, a long and circuitous one. I’ve had a career as a work-a-day musician, something which is becoming a rarity today as live music is all but disappearing from so many venues. I’ve been a “99% musician”, not rich or famous from it, but making a living, piano bars, elegant hotel lounges, up-scale restaurants, corporate and private events, musical director for shows, accompanying singers, some famous ones. I’ve been in some shows as well, Off Broadway, a singing pianist on-stage accompanying the cast, and getting a few solo numbers. I’ve also done a fair amount of traveling, jazz clubs in Canada, hostess bars in Japan, music festivals in France, even a piano bar gig in West Africa.

One gig that I tend to leave off my resume is a steady job I had for awhile playing at a luxury hotel in Israel. I don’t want anyone to get the idea that I support Israel. I don’t. At the time I worked there, in my early 20′s, I was totally the product of where I came from, deep inside the Zionist cult, in the American Jewish community.

i am the critic and publisher in question. had siegel represented himself to me in an honest fashion in regards to what i feel to be his anti-semitic views then i never would have reviewed his silly little disc. i as publisher have the right to publish, edit and make retractions as I see it as it is MY publication and no one elses. i have published numerous factual references sent to me from sigel's friends via facebook where he condemn israel and has issued open warnings to our federal government indicating that this is a person to be watched. i will defend his right to free speech only until it celebrates the needless deaths of others or endangers this country and its legal citizens in any fashion. i stand by my actions. smear campaign? removing a review is my freedom of choice and a choice i have made on more than one occassion involving irresponsible liberals and conservatives. my standards are applied equally unlike siegel who believed in his freedom alone.