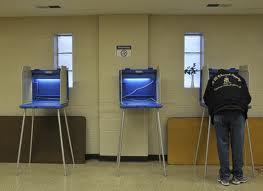 The only democracy in the Middle East is heading to the polls again. The elections will be democratic, what else? On paper, they were called because the Supreme Court found fault with the Tal Law on draft deferrals for the ultra-Orthodox. And Foreign Minister Avigdor Lieberman is promoting a draft-everyone bill.
In reality, the prime minister wants the Israeli elections to precede the U.S. presidential election; this order will be more conducive to an Israeli strike on Iran. Either way, events revolve around the military, war and belligerence. Sparta (the Israeli version ) is going to the polls again.
Those who thought that last summer we finally moved on, matured and sobered up have been proved wrong by the election campaign, even at its very early stage. A nonmilitary agenda is nowhere to be seen. Early symptoms were apparent on Independence Day last month; once again, it was a military festival. Most newspapers looked like old issues of IDF magazine Bamahane, filled with tales of bravery on the battlefield. U.S.-made fighter jets zoomed through the sky, one of our nation's few sources of pride.

Then the people turned to the burning issue of our time: how to, at long last, get the ultra-Orthodox to do military service. Wall-to-wall mobilization, just as in Sparta, though we won't kill the nation's puny and deformed babies (not yet, at least ). The only protest is the "suckers' tent," a termed coined by reserve soldiers with typical callousness. It's a militaristic and protofascist slogan that is the reincarnation of the old new Israeliness: "A real Israeli doesn't evade military service."