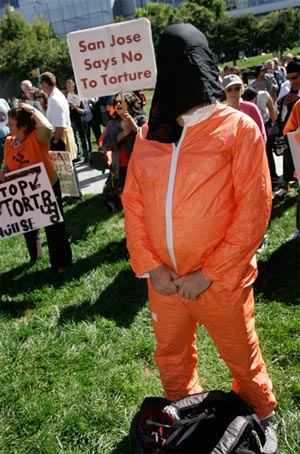 Defense lawyers want to force a former CIA official who supervised what they called torture of al Qaeda captives to testify in the war crimes tribunal for five Guantanamo prisoners accused of plotting the September 11 attacks.

They argue that Jose Rodriguez, former director of the CIA's National Clandestine Service, has information pertinent to the defense allegation that the government is using security classifications to hide evidence their clients were tortured.

Etherscan wallet named >EPSTEIN with the tracker ID WHACKD wakes up after being asleep.

Stasi's 'no touch' torture: It was the East German secret police's most terrifying w

CIA (Dis)Information Operations Come Home To The US

How We Got Omnipotent Government

U.S. Captured, Tortured, and Cleared Him. He's Still in GITMO.