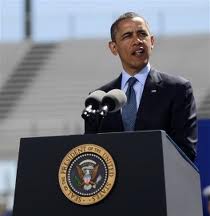 Bennett said the issue is now resolved from his point of view. He has cancelled a planned Wednesday news conference where he was expected to discuss the issue.

"I'm happy that we got what we asked for and that's what I was expecting all along," Bennett said Tuesday night.

Bennett made national news earlier this month when he asked Hawaii to verify Obama's birthplace to ensure the President is eligible to appear on Arizona's November ballot.

His decision reignited the simmering birther movement, though Bennett has said he doesn't associate with the birthers.

On Tuesday Joshua A. Wisch, special assistant to the attorney general in Hawaii, said the matter had been resolved.

"We have received information from Secretary Bennett that satisfied our requirement and has therefore provided his office with a verification of birth for President Obama," Wisch wrote in an email.

Bennett`s family should be ashamed of their father.He is helping to destroy the future of his own family.He is the lowest of the low,and then some...Pure Scum!

Bennett has distanced himself from the Birther issue. He's just fulfilling the usual verification requirement of his office which Hawaii was stalling perhaps because of the birther issue.

While I believe the birther issue has merit and people may argue that Benett should be addressing it, lets not get confused about what Bennett is trying to do.

That Email thing is not much in the way of proof. I note that there is nothing that binds the sender of the info to some kind of binding oath, statement or what ever that carries the force of law that could lead to a penalty for perjury accompanying the sender's signature. For some reason the sender seems to have played it safe...

All Bennett has done as far as I can tell at the moment is further obfuscate the issue.

What Mr. B showed as received from Hawaii is a statement, not a BC. I was hoping that truly DEFINITIVE PROOF would be posted by Mr. B. The Hawaii Email is hardly that. So. We are back to square 1.

On another note, I am deeply disappointed that Gov. Jan folded on the law that would make all out of state candidates have to provide proof of citizen ship before being added to AZ state ballots. I do not think that she is a true conservative. I call her a RINO-CINO.

it seems strange that it took four years to get this "information." and BO spent millions of $ on three law firms to hide the info ??   and all contacts with records of BO have strangely refused to release any information on his records, including grade points, courses, fund sources, etc. ??   weird.

Next question is how much Bennett was paid or threatened.