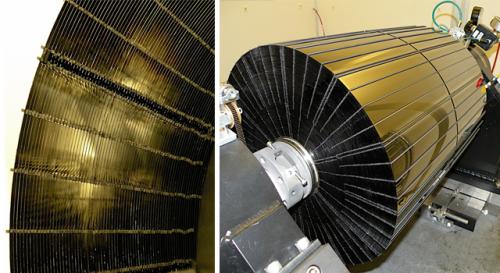 "We will see the hottest, densest and most energetic objects with a fundamentally new, high-energy X-ray telescope that can obtain much deeper and crisper images than before," said Fiona Harrison, the NuSTAR principal investigator at the California Institute of Technology in Pasadena, Calif., who first conceived of the mission 20 years ago.

The observatory is perched atop an Orbital Sciences Corporation Pegasus XL rocket. If the mission passes its Flight Readiness Review on June 1, the rocket will be strapped to the bottom of an aircraft, the L-1011 Stargazer, also operated by Orbital, on June 2. The Stargazer is scheduled to fly from Vandenberg Air Force Base in central California to Kwajalein on June 5 to 6.

After taking off on launch day, the Stargazer will drop the rocket around 8:30 a.m. PDT (11:30 a.m. EDT). The rocket will then ignite and carry NuSTAR to a low orbit around Earth.

"NuSTAR uses several innovations for its unprecedented imaging capability and was made possible by many partners," said Yunjin Kim, the project manager for the mission at NASA's Jet Propulsion Laboratory in Pasadena, Calif. "We're all really excited to see the fruition of our work begin its mission in space."