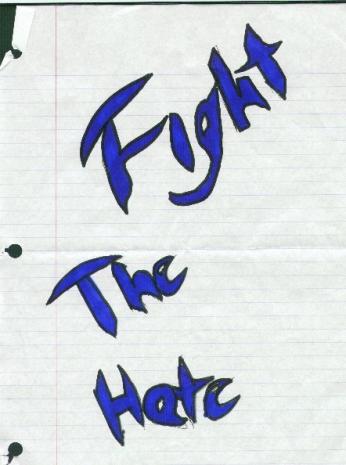 The SPLC's latest rant troubled the hard-left Mother Jones a little bit, but then the columnist that was dissenting fell back into line. (Apparently, she did not want to make the SPLC's "Intelligence Report," which is that organization's version if "kneecapping" people it does not like.)

5 Comments in Response to If You Oppose Torture and Gitmo, the SPLC Says You Are an Extremist

Did you ever notice how the SPLC fights hate and bigotry? They hate and ostracize everyone who doesn't believe the same way as they do!

Osama bin Laden used to unleashed -- should read "to unleash ..."

DON’T BE MISLED BY THIS TITLE "If You Oppose Torture and GITMO, the SPLC Says You Are an Extremist". It depends – if torture is applied to captured hardened terrorists that had already committed mass murders and were brutalized by "waterboarding" to cough out Al Qaeda’s next plan to detonate a devastating bomb that saved you and I and millions of other Americans from being blown up to kingdom come, torture is not only justified but EXTREMELY NECESSARY as a matter of survival. Nincompoops think otherwise.

On the other hand, if torture like "waterboarding" is applied by authorities to an arrested pickpocket to cough out information where is he supposed to pick pockets next, then it is not only unnecessary but extremely abominable.

Note carefully – because I want you to know -- that LewRockwell.com SLANTED this title to see to it that "torture" is objectionable, giving a falsified impression that it is applied to pickpockets and Al Qaeda assassins at the same time! That’s conjuring a lie – falsifying the truth purposely to deceive the public. As you read the title now, this deliberate scheme to confuse you is orchestrated by leftist Libertarian R3volutionaries as if you are confronting "pieces of the puzzle" concocted for you to hate the military and the Federal Government – the targets of their underground campaign to discredit and humiliate.

This title was cranked and manipulated by LewRockwell.com [LRC] – anti-state, anti-war assassin in the blog market. It is a chameleon right-wing-left-wing HATE BLOG – depending on how much money it makes in hate-peddling.

On the other hand, SPLC fights hate-bloggers like LewRockwell.com. The Southern Poverty Law Center [SPLC] is a "nonprofit civil rights organization dedicated to fighting hate and bigotry, and to seeking justice for the most vulnerable members of society."

But the public hardly knows that they are both extreme radical anti-Government civil rights movements whose front catchwords in deceiving the public in their relentless campaign to discredit and humiliate the U.S. Government is "to seek justice for the most vulnerable members of society". The problem is, a pig doesn’t walk like a sheep, even if the swine cries out "bah, hhh" to imitate the sound of a lamb. A pig is always a swine, a hog or a boar even this four-legged gourmand sometimes thinks itself as an ideological donkey.

In this LewRockwell.com article, SPLC is fighting LRC. Pigs are by nature gluttons who kill each other for food. When the innocent public becomes their bone of contention to bite, they hardly spare each other with a truce – they just go right at each other’s throat.

If you want to know more how a sly fox a pig can become when they attack this country and the U.S. Government like how Osama bin Laden used to unleashed his anti-U.S. propaganda lines, read my warning below:

More Pieces of the Puzzle Revealed …

It may be hard for you to understand this but in effect, what the American people did was deprived terrorists and terrorist suspects their liberty to kill, and denied them their freedom to destroy.

Notice carefully the TRUTH of what I am now saying to you: Without any hesitation, only terrorists, terrorist suspects and terrorist coddlers-sympathizers WOULD ATTACK NDAA, just as they would attack and kill innocent Americans without any second thought. They hide behind their mantra of liberty and freedom to kill and destroy, so don’t let them fool you when they talk about liberty and freedom.

At least in this website, notice how they attack NDAA. You can be sure that those who attack NDAA are currently in the FBI Watch List.

Terrorists and terrorist suspects CANNOT escape the wrath of the American people who hunt them down like animals they deserved … pursue them to the last man hiding – just as they cannot escape the search-and-destroy dragnet of the NDAA.

It is for this compelling reason that with sincerity, honesty and candor, I said to terrorists, terrorist suspects and terrorist coddlers-sympathizers before – and I say it again here and now -- that you can kick and punch NDAA with all the remaining strength you could muster until the bones in your ankle and knuckle break, but nothing would prevent them from coming to get you. You can only run, but you cannot hide … take note of this Memo … take note of what you read and heard from me today.

It's when I read something like this that I wonder if the problem with current politics is about feelings first and then rationalizing them.

re: If You Oppose Torture and GITMO, the SPLC Says You Are an Extremist
Make a Comment (5) • Email Link • Send Letter to Editor