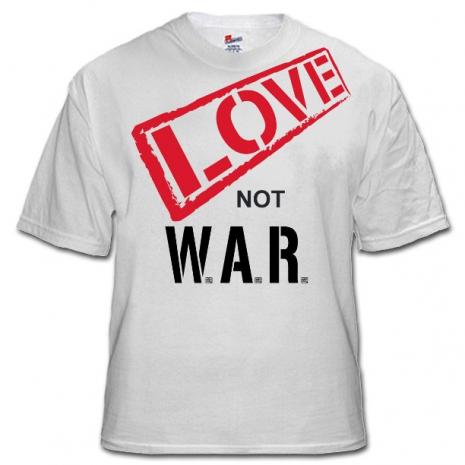 Rand Paul threatened by Ron Paul supporters, not by the "new world order elite"?
Freshman Senator claims threats of violence and death were made against him by some in liberty movement - Has anyone been charged? If not, why not?

Since Senator Rand Paul's endorsement of Mitt Romney for president, many articles on the internet have theorized that Rand Paul somehow acted under duress and only made the endorsement because he was threatened by shady powerful elements of the 'unseen elite'. [See here and here.]

However, Paul actually states the opposite; that he was threatened after the endorsement by those within the liberty movement.

Paul, 49, announced on two different radio shows that he has received death threats and threats of violence by angry people as a result of his Mitt Romney endorsement. He downplayed the Romney endorsement as a political decision and fulfillment of his own campaign promise to endorse the future GOP nominee.

On a recent 2 hour Peter Schiff radio show, Schiff had Paul on for approximately 18 minutes. They discussed the liberty movements reaction to Rand's support of Romney, with Schiff opining "the fact that anybody would turn on you is absolutely ridiculous." Schiff, who advocated for a potential premptive strike on Iran while running for office, said that he would support a Romney-Paul ticket if Rand was picked as VP.

At the 1 Hour 12 minute mark, Paul explained how his father worked well with others who in many respects were ideological opposites, and that the elder Paul was "not confrontational, not in your face, not yelling and screaming at people on either side; it's interesting when we see some of the hate or even some of the violence on the internet directed towards me right now, that isn't the kind of personality or anything that my father would approve of."

Soon after the next commercial, Paul abruptly exited the program. Schiff told Rand "I understand you gotta run", and bid him farewell; later remarking "Yeah Rand had to leave. Not sure what he's doing, but..."

Before leaving, however, Rand remarked that he has a "great deal of respect" for Senator John McCain, and repeated the official line that McCain was "tortured for seven years" in a Vietnamese prison.

In the DailyPaulRadio interview with Kurt Wallace, Senator Paul expressed that he doesn't appreciate being judged unfairly because of the Romney endorsement.

[12] "I don't go around calling people names and I don't go around insulting folks ,and to tell you the truth is that what a lot of people don't realize is, it's not my father's style either. You don't see him going around, you know, a lot of the ranting and raving that goes on by the anonymous internet [12:17] you dont see my dad going around calling people names..."

"...I would think that good friends, within the liberty movement, disagree on issues. but [13:51] the problem I have is the vitriol the and anger of people who think because you disagree on a couple issues..."

Paul then referenced "irate liberty folks" and asked people to "judge me on my voting record".

Paul then says that death threats were made against him:

[16:45]"And when you disagree disagree honestly. But I think really what hasn't been good, has been you know people making death threats, people uh, advising violence, publicizing people's address on the internet, you know there are some things that are kind of worrisome about this, and I think and hope that people will listen and uh, react responsibly."

Former Fox host Glenn Beck claimed the same thing during the 2008 presidential election. During an interview with Ron Paul himself, Beck alleged that Paul supporters and 9/11 truthers had made death threats against him. No one was ever charged in that instance either.

An internet search for the term arrested for threats on the internet yields nearly 11 million results. Why is it, then, that whenever a liberty adovcate or Ron Paul supporter allegedly threatens someones life, are no indictments issued, arrests made or trials held?? Perhaps it is because these claims of 'death threats' and 'violence' are completely bogus.

However, before becoming Senator, Paul had quite the unorthodox opinion about Bilderberg, adding that he learns about them from radio host Alex Jones:
Rand Paul before endorsing Romney on Bilderberg and Goldman Sachs

A week after pledging his support for Romney, Rand Paul is being featured as a special guest editorialist on CNN.com.

2 Comments in Response to Rand Paul claims violence/death threats made against him by liberty advocates...

Why waste time on this no-good politician? He was once detained in the airport when he demonstrated to the American public how not to follow or how to disobey security check and defy security screening. Obviously terrorists adore him for acting as their spokesman against TSA.  No airline passenger would ever ride with him in the same aircraft. He is bad luck! On the other hand, it is possible that his claim of being "threatened" is true, but it is also possible that this is just publicity to take attention away from his treachery of his father's candidacy when he endorsed Romney. In either way, he is a "bad egg" of the Paul family. You are wasting your time.

So! Rand Paul agrees with the way John McCain,aka (The Songbird) treated the Navajo Indian.Goes to show you never can tell.